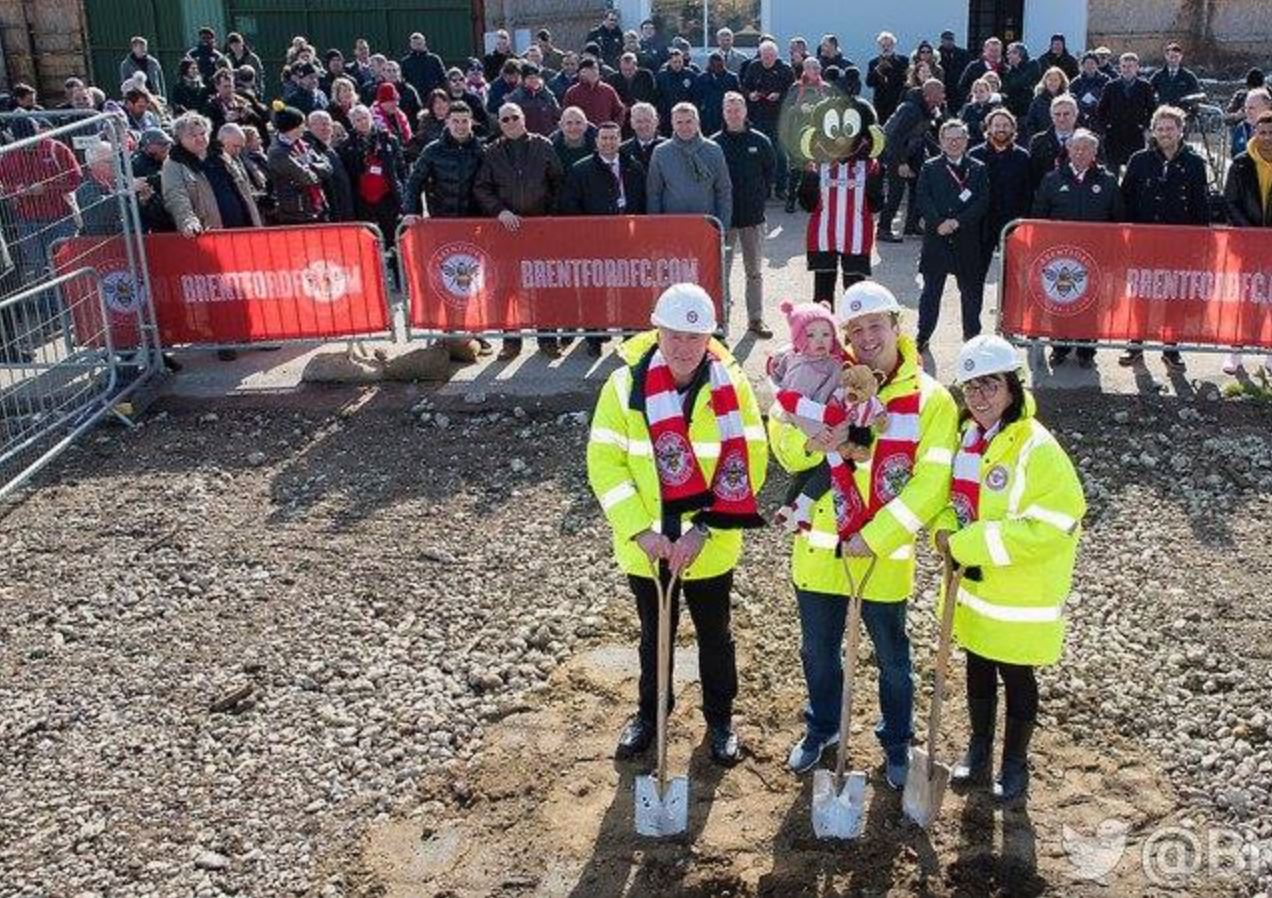 Having had some involvement in Brentford FC's journey over more than ten years, I was delighted to be at the ground-breaking event for the new stadium at Lionel Road last week. And it was good to see so many others who have been on the journey over the years, supporters, councillors and council officers, club staff, local business and community groups and many others. It was a lovely touch to see four generations of the Muttitt family of supporters being given the honour of symbolically breaking the ground.

Back in 2006, I persuaded my Councillor colleagues to approve a Council loan of £500,000 so that the Brentford Supporters’ Trust, Bees United, buy the majority shareholding in the Club and make Brentford the first League club in London to be owned by its supporters. (The loan was repaid in full, early, in 2014 when Matthew Benham came on board)

The supporters still own a golden share in the club, but Griffin Park has outgrown the needs of a 21st century club that aspires to be in the Premiership. So I have been delighted to see the plans for the move to the new stadium develop over the years. It's meant that the waste transfer station and other businesses that were based on the former coal-yards in the triangle of land between the rail lines have had to find new sites. And now the 17,250 capacity stadium, 910 new homes, a new base for Brentford FC Community Sports Trust and other business slots to help regenerate the local area will be built. The new stadium is due to be completed during the 2019/20 season and there may be a ground-share arrangement with a rugby club such as London Irish.

As someone who lives very close to Griffin Park, where BFC has been based since 1904, our community will miss much of the life and colour of match-days. But I am glad that the supporters’ and the Council’s shared aim of keeping the club in Brentford, has been achieved, and both Brentford and Chiswick will benefit from the business and the buzz that match-days bring.

I look forward to seeing Brentford FC play at Lionel Road at some point in the 2019/20 season!