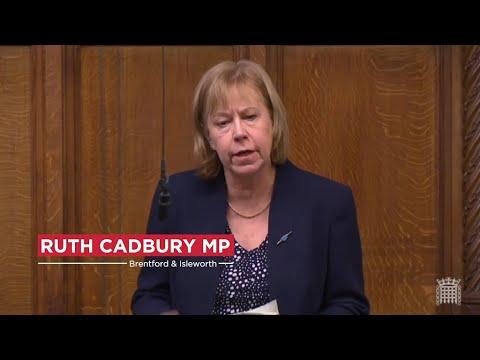 Ruth Cadbury MP has written to the Under-Secretary of State for Transport Rachel Maclean to call on the Government to reverse its decision to scrap free travel for under-18s in London.

Coming after a well-attended adjournment debate last month Ruth has written to the Government to seek clarifications on a number of points. In her letter Ruth asked the Government to confirm the costs of administrating the new system, asked for a copy of the equalities impact and asked whether the Government have carried out any consultation with schools, colleges or local authorities.

‘‘The decision by the Government to scrap free travel for under-18s during a pandemic and an economic crisis is simply wrong. I’ve had dozens of parents, teachers and young people contact me to tell how worried they are about this decision.

This is going to have a huge impact on so many families, especially those who are already struggling to pay the bills. Local parents have told me that the extra cost will simply be too much.

Additionally, walking and cycling to school simply isn’t an option for every child; either because of the cost of owning and storing a bike or because of the long distance they have to travel. Over 20% of children in Hounslow travel to another borough for schooling and with it getting darker in autumn free travel is vital for them.

On top of that there are the huge costs in setting up a new system, especially as some children are legally entitled to free travel under national policies.

I know how concerned families across London are about this decision and I will keep campaigning and calling for the Government to reverse this heartless decision.’’