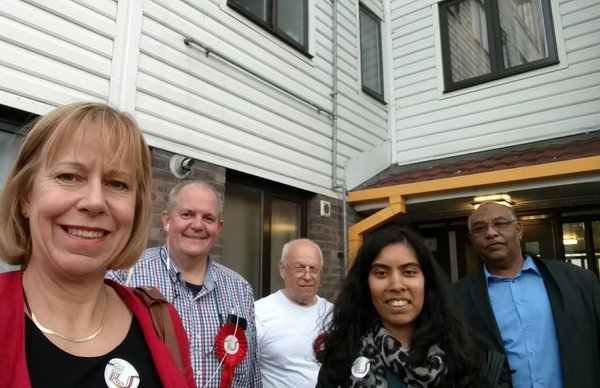 My update from the Chiswick Herald

I am so pleased that my friend and colleague, Sadiq Khan has been elected as the next Mayor of London. He has set out his vision for the capital – ensuring that all Londoners can have the same opportunities in life that he had. His campaign focused, not on negative attack but on the issues that people from all parts of London care about; affordable housing, transport and fares, the NHS, the need for real neighbourhood policing and policies that support business and address air quality and skills shortages.

Like me, Sadiq feels that Heathrow should be better, not bigger, and expansion should take place at Gatwick airport. The arguments against Heathrow expansion are clear, not only would it cost a lot more than Gatwick, there would also be far fewer residents who would suffer severe noise disturbance, just 5% of who Heathrow will disturb if chosen.

Although Heathrow expansion is an issue that comes up often when out speaking to residents on the doorstep, the single most common concern is housing, and this is an issue raised from people across the income spectrum. And we are lucky to have just elected a mayor for all Londoners, who cares about housing and wants to fix the housing crisis. Sadiq will use the land assets of land owned by the GLA, particularly TfL’s extensive portfolio, to provide tens of thousands of new homes, half of which will be affordable. The four types will be social rent, a new type of home at the London Living rent, part-rent/part buy homes to help young working people onto the housing ladder and market sale homes where Londoners get first dibs. In the coming months, there are a number of issues that Hounslow will want to talk to Sadiq about, especially local rail projects. This will of course include the South West rail link into Heathrow on the Waterloo line, and the link from Brentford to the Great West main line.

On Saturday Sadiq was sworn in as Mayor at an all-faith service, demonstrating his commitment to bringing together people from across London, of all faiths and none. This work will form a small, but terribly significant element of his Mayoralty. Once the dust has settled, I am looking forward to seeing what Sadiq does and look forward to working with him. His mayoralty will be good for London and London’s standing in the world, he truly is a Mayor for all Londoners.

You can find the Chiswick Herald online here http://chiswickherald.co.uk/