Having received a large number of responses and lots of questions in reply to my email last week, I would like to address the main issues constituents told me they are concerned about. With only five days left till the General Election the best way to answer your main concerns is to address the frequently asked questions on: Education, the NHS, Leadership, the Labour Manifesto Costings and Brexit. I hope you will understand that there hasn't been time to send personalised responses to everyone.

Theresa May wants this General Election to be fought on the single issue of Leadership during Brexit, leaving the crisis in the NHS to go unchallenged. The £3 billion school cuts, the food bank epidemic and the social care crisis; Theresa May is ignoring them all. This general election is about how we want to shape our society; do we really want a country where nurses have to go to food banks, Where our schools are facing devastating funding cuts, while CEOs make 183 times the salary of the average worker, yet the CEO’s are having their tax bills reduced?

Labour will lead our country and the Brexit negotiations differently; to benefit the many, not the few.

Labour will end Theresa May’s reckless approach to Brexit and seek to unite the country around a deal that works for every community in Britain. Starting with fresh negotiating priorities, Keir Starmer, Labour's Shadow Brexit Secretary, will focus on retaining the benefits of the Single Market and the Customs Union – which are essential for maintaining industries, jobs and businesses in Britain. Labour will always put jobs and the economy first.

A Labour government will immediately guarantee existing rights for all EU nationals living in Britain and secure reciprocal rights for UK citizens who have chosen to make their lives in EU countries. Labour recognises that leaving the EU with ‘no deal’ is the worst possible deal for Britain and that it would do damage to our economy and trade.

The Tories are failing our young people. Spending on education fell by 14 per cent in real terms between 2010 and 2016. Schools will have to make £3 billion worth of savings by 2020 – levels of cuts not seen since the mid-1990s. In this constituency we are talking about £5.1m cuts meaning schools will have to reduce teacher numbers. You can see exactly how the cuts will impact on every local schools on this website WWW.SCHOOLCUTS.ORG.UK

Labour will not waste money on inefficient free schools and the Conservatives’ grammar schools vanity project. Labour does not want a return to secondary moderns. Angela Rayner, Shadow Education Secretary, has set out fully costed plans to:

Lead by Jeremy Hunt, our A&Es are overstretched and overcrowded, hospital trusts are in financial crisis and getting a GP's appointment round here can take four weeks. Older people are being left stranded on hospital wards despite being well enough to go home, because there is nowhere safe for them to go due to Tory cuts to social care. All the improvements in waiting times achieved during the Labour government have now been reversed in the seven years since the Tories came to power.

Under Jonathan Ashworth, as Health Secretary, Labour will make sure our NHS is equipped to deal with the challenges of today, protect patients and staff and ensure the long-term sustainability of our health service. We believe in a fully integrated health and social care system which looks after the needs of our ageing population, treats people with dignity and ensures that mental and physical health are treated equally. We will ensure that the NHS has enough doctors and nurses to provide the care that patients deserve, will give social care and the NHS the money it needs and put forward a long-term plan for the future of our NHS and social care system.

The Labour Party have calculated all costings to support all our spending pledges in the document “Funding Britain’s Future” which I would ask you to take a moment to look a here:    The Manifesto itself can be found here;

In the funding document, you will find where the money will come from for each of our spending commitments. They are available openly to be scrutinised. I would also add that no costings were included in the Conservative manifesto bringing into doubt their reliability and ability to enact their manifesto promises. The Conservatives seem to think they can evade having their sums scrutinised simply by not bothering to do any.

While not everyone likes everything about Jeremy Corbyn, he compares so much better than Theresa May with her constant U-turns and promise-breaking. In leadership and negotiations his consistency and tenacity to not sell-out or appease are vital and admirable.  Even those who do not like Corbyn can agree that he has the concerns and priorities of ordinary working people at the heart of everything he does.

If Labour doesn't gain an additional 100 seats, we will continue to be in opposition, and the country needs a strong opposition.  I speak my mind and have opposed openly both Tony Blair and Jeremy Corbyn at different times.  I want to be there to fight for Labour principles in Parliament and in the country after the General Election.

The election here in the Brentford & Isleworth constituency will be really close.  I need your support to retain the seat.  We know from my Conservative opponent, even as she hopes to take the seat back, that she will not speak out on the impact of bad Tory policies. When she was the MP here from 2010-2015, Mary Macleod voted with the coalition government on every single vote in Parliament – this included voting to raise tuition fees to £9000, to cut the subsidy for electricity generated by renewables, for privatising the Royal Mail and against restricting the privatisation of the NHS.

Furthermore, it's important to say that this general election is not a presidential one. You will be voting not for Corbyn or May but for your local representative in Parliament, someone who needs to listen and act on your concerns. In the last two years, since being elected as your MP, I have stood up in parliament many times to voice the concerns of my constituents. I have responded to more than 20,000 requests for help and support from local people, which is the same number as my predecessor Mary Macleod did in five years.

If I am re-elected on 8th June I will continue to carry out this work on behalf of everyone in this community. 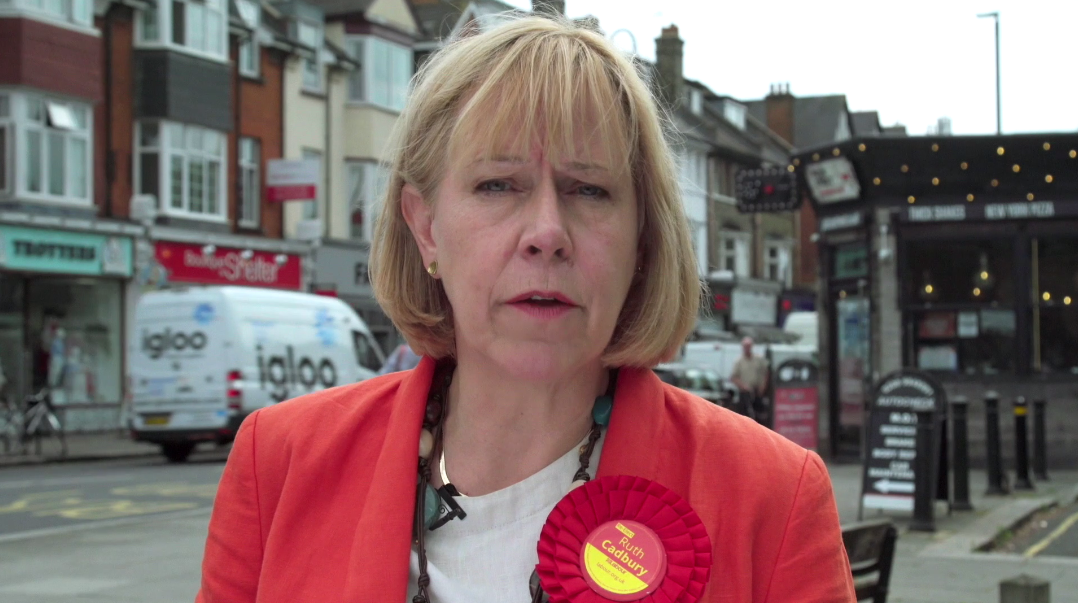