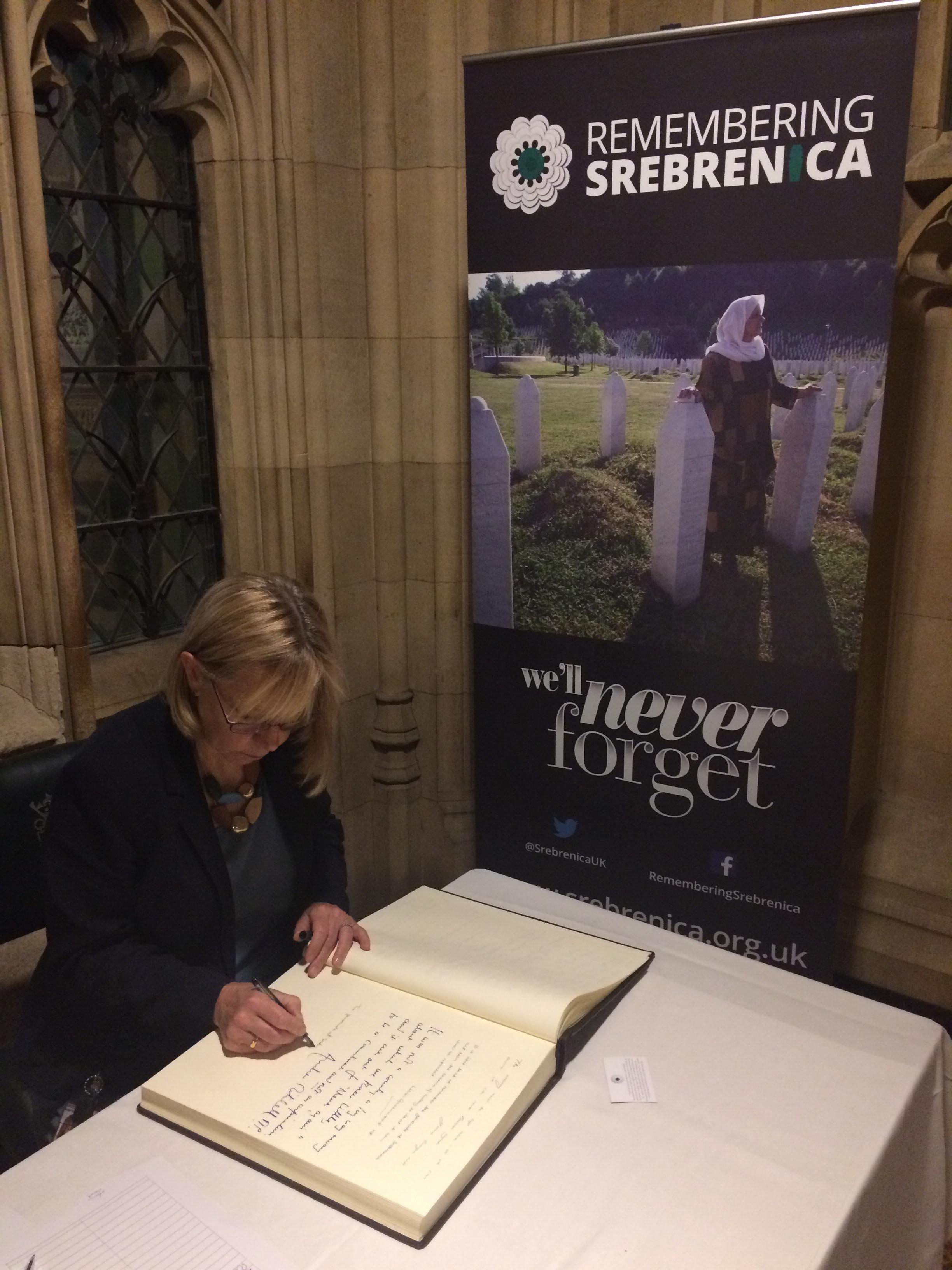 To mark Srebrenica Memorial Day, Ruth Cadbury MP honoured those who were murdered during the genocide 23 years ago.

The MP for Brentford & Isleworth signed the Remembering Srebrenica Book of Pledges, promising to stand up to hatred and intolerance and promote a fair, equal and cohesive society for everyone.

Today marks the 23rd anniversary of the worst atrocity on European soil since World War Two when over 8,000 men and boys were murdered just because of their faith in the Srebrenica genocide.

Dr Waqar Azmi, OBE, Chair of Remembering Srebrenica, said: "It is vital that MPs such as Ruth show leadership in their communities to help ensure that the lessons of this terrible genocide are learnt. Her actions will help to raise awareness of Srebrenica, whilst inspiring local people to tackle hatred, build stronger, more cohesive communities."

"Srebrenica Memorial Day reminds us all that a shocking genocide took place in our lifetime and this should never be forgotten. I strongly encourage everyone to take this day as an opportunity to remember the victims and survivors of Srebrenica, but also to work together to make our own community a place that welcomes and cherishes diversity."

Srebrenica Memorial Week takes places from 8h - 15th July, with about 2000 memorial events activities taking place across the country arranged by schools, faith groups and community organisations, as well as the National UK event at The Guildhall, London on 11th July at 6pm.