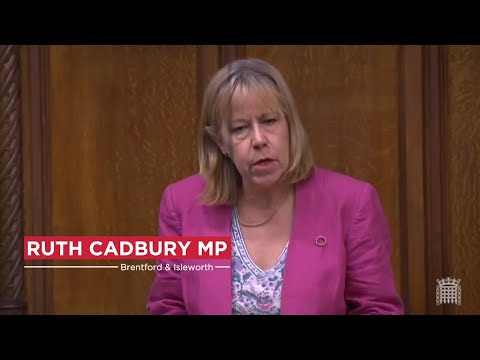 Ruth Cadbury MP calls on the Prime Minister to address the ongoing Hostile Environment in the Home Office, starting with the Windrush Victims.

Speaking at Prime Ministers Questions on Wednesday (11th November) Ruth Cadbury MP has called on the Prime Minister Boris Johnson to take urgent action over delays in the Windrush compensation scheme. This followed a freedom of Information request which revealed that 9 people have died while waiting for compensation, over 2 years since the Windrush Task Force was set up. Additionally newly released figures show that that 88% of Windrush victims are still waiting for promised compensation payments.

Ruth also called on the Prime Minister to take action to ensure that those currently living and working in the UK did not face a similar injustice like the Windrush victims.

‘It’s simply unacceptable that only 12% of Windrush victims have received compensation, two and a half years since the Government set up the Windrush Task Force.

These people were unfairly and unlawfully targeted by the Government and put through life-changing agony, with many losing the right to work, rent a home, receive benefits or even live in the UK despite, being here for decades. Nine people have died without receiving compensation.

I know from supporting constituents who were victims of this injustice that it had a huge impact on them and their families. That’s why the Government need to be doing much more to end these delays in payments to ensure that all the victims receive the compensation they are due.

On top of that the Prime Minister needs to end the hostile environment in the Home Office which I believe is alive and well. Constituents currently living and working in the UK are contacting me about their experiences of harassment and injustice which are as bad as those of the Windrush victims .’’