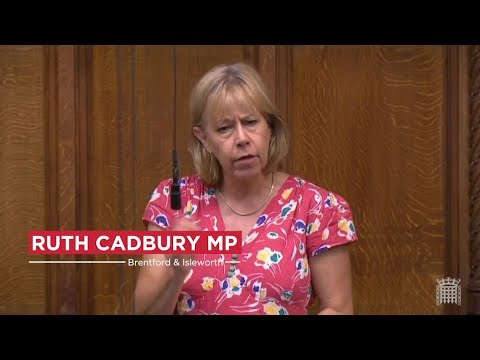 Ruth Cadbury MP has responded to the latest economic statement by the Chancellor Rishi Sunak labelling it a ‘missed opportunity’ which will ‘leave many in the dark’.

Speaking in full after the Chancellors announcement in the House of Commons Ruth said,

‘‘After being urged for months and months to announce a new form of support for furloughed workers I am glad the Chancellor has finally moved forward with a new program- the Jobs Support Scheme.

However, I am extremely concerned not only in the delay in introducing this but also in the number of gaps in this announcement.

Firstly, there was no news about what support is available for those who can’t return to part time working such as those working in the live events industry, in theatres or in tourism. Many of the freelancers and self-employed workers in this sector still face the prospect of being excluded from the Governments support program.

Secondly, we saw virtually no mention of retraining & re-skilling. With thousands having already lost their job, and sectors such as aviation taking years to get back to normal, it’s crucial that the Government take urgent action to help people re-train.

I was also concerned the Chancellor said nothing about the additional support available for those finding themselves out of work probably for the first time in their lives.  The benefit cap, set at £23,000, is enough to just about cover rent here in West London, leaving many families with little to live on. There is also no help for mortgage payments for the first 9 months of a claim.

For months and months I’ve been calling for the Chancellor to take action to support Hounslow and other communities that rely heavily on aviation for well-paid and secure work. There’s no direct support for the industry in this statement and no support for the communities like Hounslow that are suffering.

This statement is a missed opportunity for many industries and leaves many employees in the dark as winter hits.’’