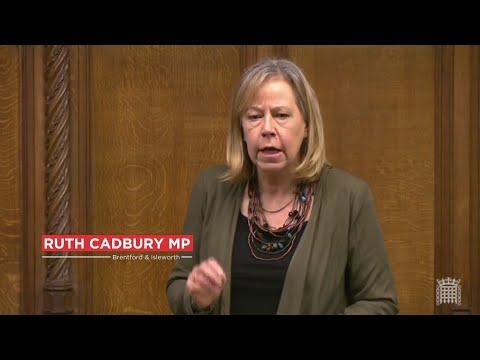 Ruth Cadbury MP has condemned the Governments £1,000 cut in Universal Credit as ‘cruel’ and warned that the cut will have a ‘dire impact’ on the thousands of families who rely on Universal credit locally.

The Government and the Chancellor confirmed that £1,000 would be cut from Universal Credit from the 6th October. This will impact over 14,000 households who claim Universal Credit in the constituency of Brentford and Isleworth- 39% of whom are currently in work. This cut will also take £15 million out of the local economy.

Hounslow Council has been one of the borough’s hardest hit by the coronavirus pandemic, especially due to the reliance of the local economy on Heathrow Airport, and the wider supply chain, which supports over 20,000 jobs locally.

Over the coming weeks, Ruth Cadbury will be visiting local groups who are working to provide food and other necessities to those in Hounslow to hear from those working to overcome the effects of this cut and from those who the government are deliberately leaving behind.

“It’s simply cruel for the Government to cut £1,000 from families locally. I’ve heard so many heart-breaking stories from universal credit claimants locally who are terrified about the dire impact this cut will have on their life.

This cut will push families further into poverty, debt and despair. People locally are already struggling with the cost of putting food on the table, heating their homes and buying school uniforms and other essentials for their children.

Families locally are facing a triple whammy of a national insurance tax hike, cuts to universal credit and soaring energy bills. Yet it’s clear that the Prime Minister and the Chancellor are completely out of touch about the impact that this cut will have on families locally. That’s why I will continue to campaign to have this cruel cut overturned”.