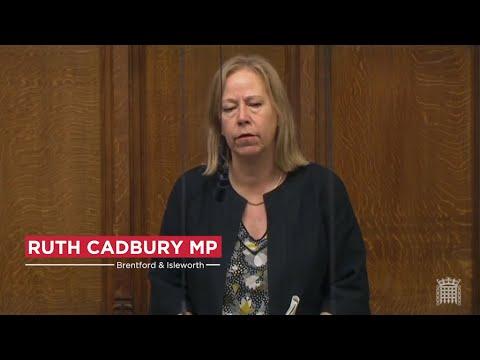 Last night Ruth Cadbury MP voted against the Governments bill to raise National Insurance by 1.25% for working families and 1.25% for businesses. Speaking after the vote Ruth slammed the government for hitting working families with a ‘‘deeply regressive’’ tax rise, while accusing the Governments of failing to ‘‘have a real plan to fix social care’’.

‘‘Last night the Government broke their manifesto commitment and hiked up taxes on working families across Hounslow.

This is a tax rise that will hit workers and businesses across the country, while doing little to tackle the serious challenges in social care. This tax rise would mean that care workers locally will end up paying more tax for their work, without any sort of real pay rise.

It’s clear that the Government do not have a real plan to fix our social care system. This new plan won’t come into place until October 2023, and only 20% of the money raised will go to social care. The remaining funding will go to plug the gaps in our NHS after years of under-funding and mis-management by successive Governments in the last decade.

On top of that the Government are pushing ahead with a double whammy of tax rises and a £1,000 cut to Universal Credit, which supports over 14,000 families in our constituency alone, of whom almost half are in work. It’s simply wrong for the Government to hike taxes up on working families, while cutting their support in the middle of a pandemic. That’s why I’ll continue to campaign against these deeply damaging decisions.’’