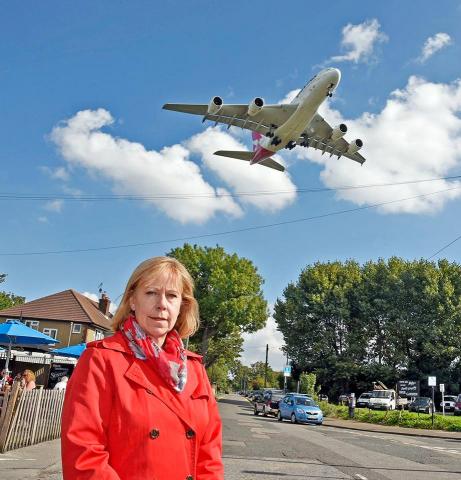 With Ofgem announcing that the Energy Price cap will increase to £3,549 from the 1st October Ruth Cadbury MP has called for the Government to act urgently and freeze bills now to make sure households locally are protected from this rise in prices.

Ruth has backed the plan put forward by the Leader of the Opposition Keir Starmer MP, which would see the average household locally save £1,000- while keeping both energy costs and inflation under control. This plan would stop the energy price cap rising through the winter, and would be funded through an extra tax on the oil & gas giants who are making eye-watering profits during the crisis.

It means that households in the constituency of Brentford and Isleworth will receive nearly £54 million from the fully costed plan. Ruth also called on the Government to undertake an urgent program of home insulation to ensure homes locally did not leak heat, and to help lower bills in the long term.

“Local people have told me that they are extremely worried about how they’re going to get through the winter when bills continue to rise.

That’s why I’m calling on the Government to back Keir’s plan to save households £1,000. This fully costed plan would ensure families can get immediate support and would make a huge difference for so many people locally, at a time when prices are rising and when pay has remained low for so many.

Additionally the Government need to make sure that businesses are given the urgent support they need through this difficult time such as through providing a £1 billion support fund for energy intensive industries and reforming our out-dated business rates system.

The Government also need to urgently invest in home insulation, as homes in the UK leak three times as much heat compared to homes across Europe. A national program to insulate homes would not only help to lower bills but would also create well-paid skilled jobs. I wrote to the Government last year and called for them to introduce this program yet they have sat on their hands and done nothing.

The Government cannot hide any longer from the energy cost crisis that is hitting so many people locally. I will continue to campaign for the Government to take much needed urgent action to help families locally.’’