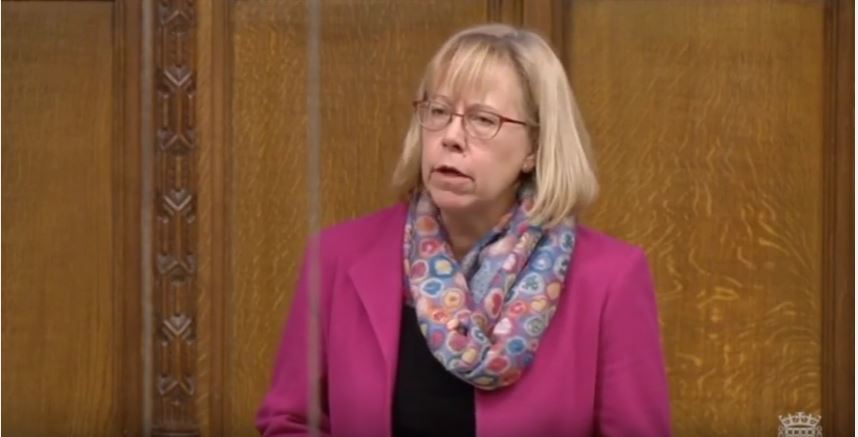 I spoke in Parliament’s debate this week calling on Donald Trump to repeal his discriminatory and divisive ban on entry to the US for people from Muslim countries and the indefinite ban placed on Syrian refugees.

I started by referring to Hounslow’s moving service of commemoration of the Holocaust, where Cllr Steve Curran had said that Hounslow epitomises the spirit of welcome, community and diversity of which we are all so proud.  Then how Susie Barnett had described her family’s moving and incredible story, of fleeing the hate and discrimination of Nazi Germany at the end of 1930s and arriving separately in the UK, welcomed as refugees.

The rules on movement and the safety of refugees emerged from the ashes of world war two, and the President of the United States is trying to rewrite these rules. He is fuelling fears, and local Muslims are telling me they are worried about the implications of the feelings that President Trump is spreading in the US: what will that mean for the Muslim community here in the UK and in Hounslow?.

The Executive order was directed at Muslims and at refugees, but the President is also effectively demonising many others—Mexicans, women, refugees from all over the world and now, we hear today, green activists, trying to save the American bald eagle, symbol of the United States. We have to stand up against this prejudice, before it leads to mass injustice.

I finished with a quote from Martin Luther King, written when he was in jail:

Injustice anywhere is a threat to justice everywhere. We are caught in an inescapable network of mutuality, tied in a single garment of destiny. Whatever affects one directly, affects all indirectly.

I am glad that the vote in Parliament was carried unanimously.  I would like to discuss how the community can respond to these fears.  It is deeply worrying that In the days since the order was signed by the President we have seen a mosque shooting in Canada and another firebombed in Texas.  We all have to stand up and condemn these attacks on ordinary law-abiding people. The US and the UK has for many year provided sanctuary from those fleeing these terror cults. I will do what I can to ensure that right remains.