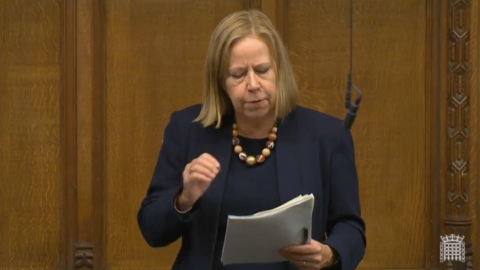 Speaking in full after the Government’s announcement Ruth said,

‘‘I strongly oppose the Government’s decision to bring back fracking. We know that fracking will not lower energy bills for people locally, it will take years for new sites to be opened up and it will do nothing to end our dependence on fossil fuels. Fracking is not the right answer to the energy crisis facing the UK. We are facing a climate crisis and we need to end our reliance on expensive and damaging fossil fuels.

The Government need to be supporting forms of energy such as wind power- which can generate vast amounts of energy and support well paid jobs in the UK, as well as rolling out insulation schemes to reduce our demand on electricity and gas.

However over the past decade successive Governments have banned onshore wind projects. It is not fair for the Government to force fracking sites on communities up and down the country, while they have refused to support onshore wind.’’