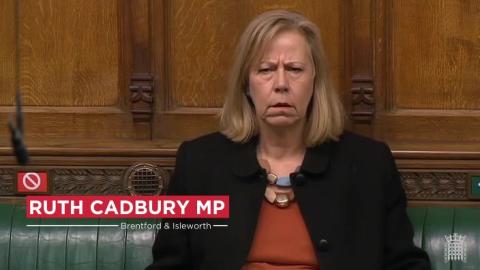 New data has revealed 81 operations were cancelled at Chelsea and Westminster Trust in 2021, with 30,000 operations being cancelled across England due to staff shortages.

Data collected from freedom of information requests made to NHS hospitals show the impact of 12 years of underinvestment in our NHS by successive Governments since 2010. Staff shortages were the most common reason given for cancellations by hospitals, accounting for 1 in 5 of all operations cancelled for non-clinical reasons in 2021/22.

Speaking in full about these cancellations Ruth Cadbury MP said:

“Patients locally are being forced to wait longer for vital operations because successive Governments have failed to support our NHS over the past decade.

‘‘I know from listening to patients and staff locally that these cancellations are not the fault of our hardworking NHS staff- but rather is the result of a decade of mismanagement by the Government.

“The Government need to tackle this problem. That’s why they need to train a new generation of doctors and nurses so that patients get the treatment they need. This policy could be fully funded by abolishing the non-dom tax status used by the ultra-rich to avoid paying tax here in the UK. I will continue to campaign to urge the Government to give our NHS the support it desperately needs.’’