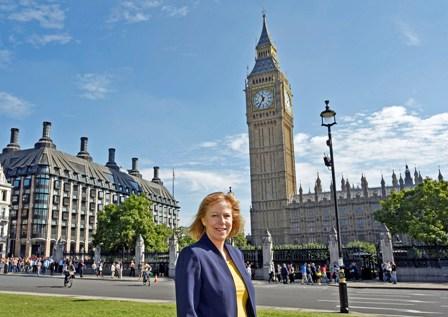 On Monday 16th January Ruth Cadbury MP voted against the Governments new legislation which would restrict the rights of nurses, teachers, railway staff and others to go on strike.

This legislation was introduced after the Governments ongoing failure to reach an agreement with both public and private sector workers who have been on strike over their pay and conditions. This new legislation would require certain sectors to provide a ‘minimum service’ during strike action and would give employers the ability to dismiss workers who went on strike if they were ordered to work.

Speaking in full after the vote Ruth Cadbury MP said,

‘‘I strongly oppose the Governments latest attack on the rights of our keyworkers.

‘‘Throughout the pandemic Rishi Sunak clapped for our key workers, yet now his government is threatening nurses and other key workers with the sack. NHS staff, teachers, rail workers and many others worked flat out to keep services open and to keep our country moving throughout the pandemic. The Prime Minister is clearly out of touch about the sacrifice and hard work done by our keyworkers.

‘‘It is ridiculous for the Government to talk about minimum service levels when a decade of cuts and mismanagement have left our public services falling apart at the seams. Rather than fixing the problems they’ve created the Government are instead driving through an attack on keyworkers.

‘‘Over the last century workers have fought for the right to strike, yet this bill fundamentally attacks this right. I will continue to oppose this deeply damaging legislation and will keep standing up for the rights of our keyworkers.’’