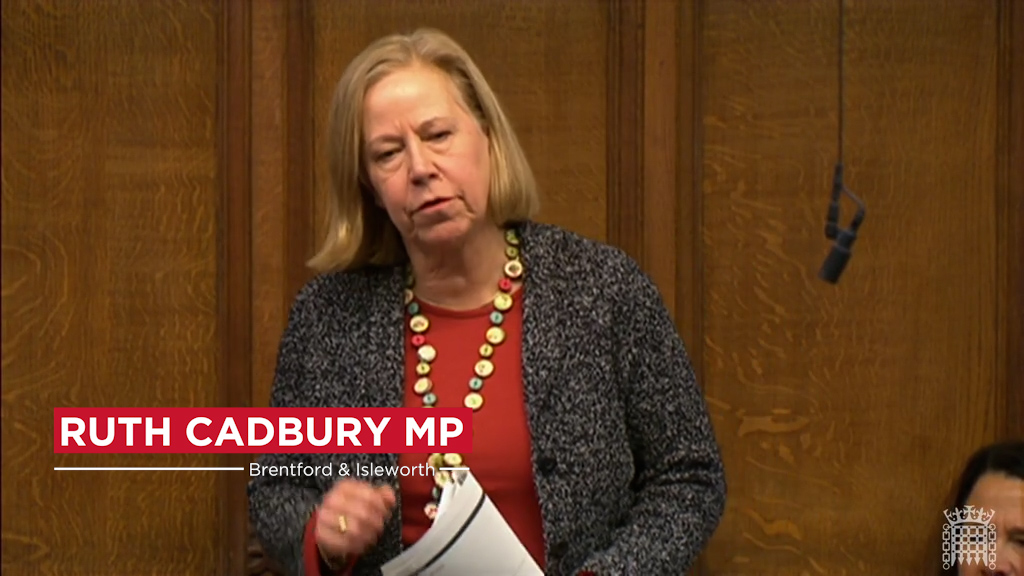 Speaking in the House of Commons on Tuesday 6th December Ruth Cadbury MP has accused the Government of doing ‘too little, too late’ to tackle the shortage of GPs across England.

In her question Ruth mentioned a local case of a GP who was facing the prospect of having to retire early, or work fewer hours due to the Governments rules around NHS pensions. Despite lobbying from GPs and other groups the Government have only recently announced a consultation on reviewing these rules.

Ruth’s question came after new data from the NHS showed that 1,898 people in the parliamentary constituency of Brentford and Isleworth waited more than 28 days to see their GP. This comes as national figures show almost two million people in England have had to wait more than a month to see a GP.

‘‘People locally are finding it harder and harder to see a GP when they need to. I was shocked to see the new figures showing nearly 2,000 people waited more than a month, and I know from listening to people locally that these delays are having a huge impact.

This delay is not the fault of GPs or practice staff- but rather is the result of the Governments incompetence.

12 years of failure by successive Governments has meant that we are not training enough new GPs. Additionally, the Government are failing to help support GPs so that they can stay working. In Parliament I mentioned the local example where a senior GP who works locally was facing the prospect of having to retire, emigrate or work fewer days because of the Governments pensions rules. The Government have been warned by doctors for years about these pension rules and the difficulties that they cause, but they’ve refused to act.

I will continue to campaign for the Government to recruit more GPs- along with the nurses, mental health staff and other frontline NHS staff we desperately need.’’