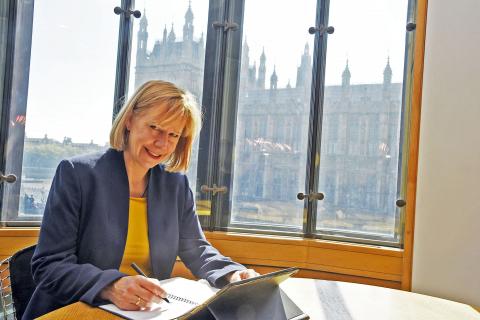 Speaking after Liz Truss was appointed as Prime Minister Ruth Cadbury MP has called on the Government to ‘take urgent action to freeze energy bills’ and to ‘fix the holes in the public services’ after a decade of cuts.

In a full statement Ruth said,

Everyday people locally are seeing the impact that the last decade of cuts have had. People are waiting hours for ambulances, people are waiting months for passports and victims of crime are waiting for years for their day of justice. The new Prime Minister has a duty to fix the holes in the public realm – holes caused by a decade of Government cuts.

Over the last decade we have seen low growth and stagnant pay while prices and energy bills continue to rise. The cost-of-living crisis is already having a huge impact on families and businesses locally, and is causing so much fear and anxiety for many. The new Prime Minister needs to take urgent action to freeze energy bills this winter, saving people locally £1,000.

People locally desperately need a government that is focused on the cost of living crisis, building more truly affordable homes, reducing the backlog in the NHS, getting police back on our streets and ensuring we tackle the climate crisis. I will continue to campaign for these important issues, and to hold the Government to account for their decade of failures.’’