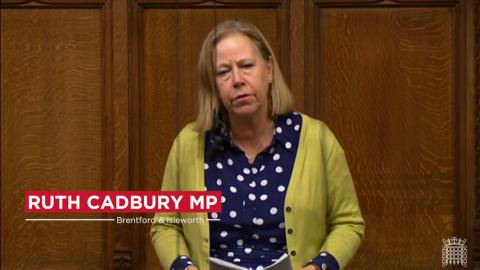 Home owners in London coming off a fixed-term rate mortgage face eye-watering mortgage hikes of over £600 a month as a result of the Governments recent mini-budget according to new analysis. Bank of England data shows that homeowners coming off fixed-term rate mortgages are set to be clobbered due to the Government’s attempts to hand unfunded tax cuts to the wealthiest.

Despite the government’s 45p tax rate climbdown, mortgage rates are still likely to top five or even six per cent. A six per cent rise would leave homeowners in London and the southeast facing average rises up to £915.

An average buyer in London taking out a two-year fixed mortgage in the third quarter of 2020 faced an interest rate of about 1.6 per cent and monthly repayments of £1,944. Should interest rates reach five per cent, those repayments would increase to £2,633 - an increase of £689. The average increase across the United Kingdom is almost £400 a month.

The increase in repayments will offset action on energy bills for many households. The government’s refusal to back an extra windfall tax on oil and gas providers meant that taxpayers were already on the hook for higher additional borrowing.

Ruth Cadbury, the Member of Parliament for Brentford and Isleworth said,

‘‘Families across Hounslow deserve better than this mortgage crisis that Liz Truss has inflicted on our country. The Governments incompetent handling of the economy and their mini-budget spooked the markets, crashed the value of the pound and has seen the UK’s credit rating downturned.

An increase in rates would have a huge impact on people locally, whether they’re first-time buyers or those re-mortgaging. I’m particularly worried about leaseholders and those in shared ownership properties, many of whom locally are younger and on fixed incomes. They will see a spike in mortgage payments- coming on top of huge increases in their service charges, building insurance. Shared owners will also be seeing an increase in their rent payments too.

I’ve already heard from so many people who were struggling with rising bills- including many key workers in our NHS. The cost-of-living crisis has meant that so many families are already struggling- with those who rent also seeing their monthly rent rise and rise as their landlords also face rising mortgage rates. It’s clear that the Government need to reverse their shambles of a budget.’’