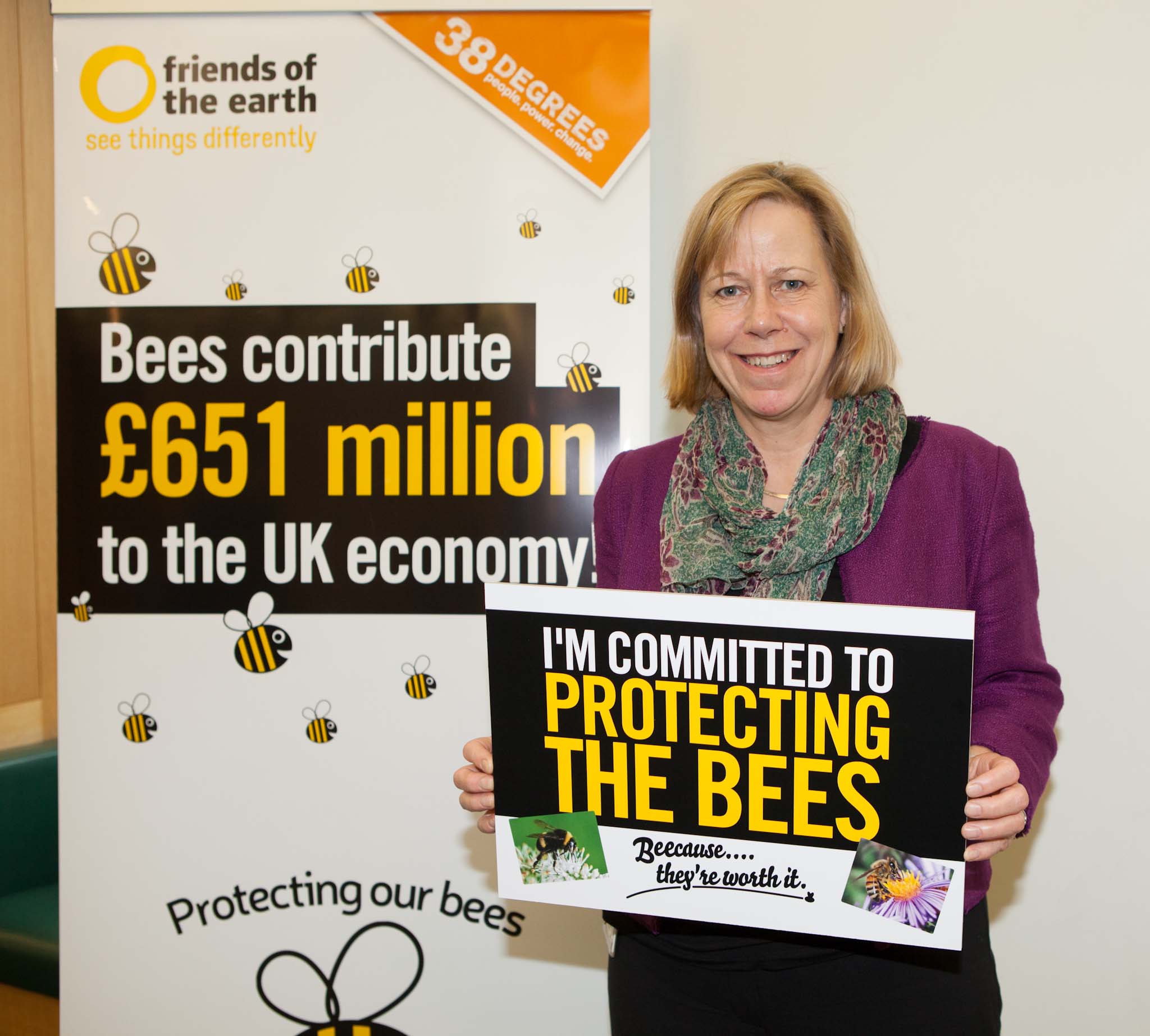 As ministers prepare to make decision on application to lift the ban, pressure builds to keep neonicotinoids off our fields this summer

Ruth Cadbury MP has added their name to a growing list of MPs who are opposed to lifting of the ban on bee harming pesticides.

Neonicotinoids have been restricted across Europe since 2013 due to mounting evidence that they pose a risk to bees. Bees are responsible for pollinating two thirds of the food we eat. But the National Farmers Union (NFU) has applied to the government to lift the ban in some parts of the country. Ministers are currently considering their application.

Ruth Cadbury MP took the pledge to oppose the lifting of the ban at a Parliamentary event held last week, organised by 38 Degrees and Friends of the Earth. MPs heard new evidence from scientists and from a Lincolnshire farmer who had stopped using these pesticides before the ban. Speaking after the event, Ruth Cadbury MP said:

‘I have received a huge amount of correspondence from constituents who are concerned about declining bee numbers and the risk this poses to our food chain. The message has been clear, we must keep the ban on bee harming pesticides. I have listened to concerns and I am opposed to any plan to lift the ban’

“38 Degrees members have come together - in our hundreds of thousands - to send a clear message to the government: the British people don’t want the ban on bee killing pesticides to be lifted.”

Sandra Bell, The Bee Cause campaigner at Friends of the Earth, said:
“Bees are essential for pollinating our crops - we can’t afford to gamble with their future. The Government must keep these dangerous pesticides out of our fields.”