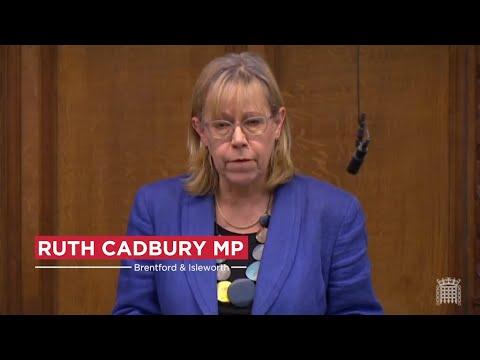 Speaking in the House of Commons Ruth Cadbury MP has hit out at the Governments changes to the planning system warning that they will lead to ‘new slums of substandard housing’ and local planning authorities and communities being cut out of the planning process.

Ruth spoke on Wednesday evening against the Government’s motion to approve three new Planning Statutory Instruments. As the Government won the vote at the end of the debate, these new regulations now expand the use of permitted development, and allow developers and speculators to fast-rack planning applications and overrule existing planning standards.

Commenting after her speech Ruth said,

‘‘This Government claims that it wants sustainable and high-quality homes. However by pushing through these changes to the planning system it’s clear that this Government are more than happy to continue to house people in cramped and sub-standard homes often with no outside space. They are also enabling developers to avoid building truly affordable homes and are also cutting communities out of the consultation process.

Rather than getting on with building high quality, truly affordable homes, this Government continues to oversee a situation where rents in West London skyrocket and the dream of home ownership is a distant reality for so many people. There is no evidence these changes will make flats affordable to buy for most people, as the Government alleges.

Furthermore, leaseholders in existing blocks face huge additional costs, as building owners are now able to build up to two floors of flats on top of their block without requiring planning permission.

That’s why I will continue to urge the Government to properly tackle the housing crisis gripping our country, rather than pushing ahead with unwelcome changes to our planning system. ’’