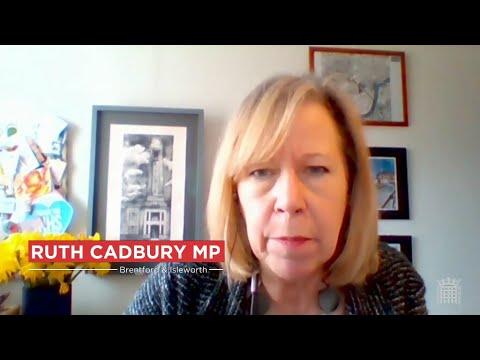 In a full statement Ruth Cadbury MP said,‘‘I will be voting against the Governments new police, crime, sentencing and courts Bill. I know from the large number of messages I’ve received that many people locally are concerned about this rushed and flawed bill.The awful scenes from the vigil at Clapham Common last Saturday demonstrates just how precious our right to gather and to protest is; yet this bill would give the police and the Government sweeping and unseen powers to disrupt peaceful demonstrations. This undermines our basic right to protest. The Bill also gives the police new powers to target those in the Gypsies, Travellers and Roma community, who already face huge levels of discrimination and hostility.Over the past week we’ve heard a countless number of stories about the acts of harassment, stalking and assaults on women- yet this bill doesn’t even mention women and fails to protect victims, particularly women and children, nor does it adequately punish offenders.On top of that this bill will introduce a prison sentence of 10 years for attacking a statue- which is double the minimum sentence for committing rape.The bill also fails to protect victims as there is nothing to address the huge backlog in our court system- where there are currently over 50,000 cases waiting for trial in the crown court. This means victims are left in limbo and are having to wait years to get justice.It’s clear that this Government is more concerned with chasing headlines than protecting victims. After 10 years of funding cuts to key public services including court services and legal aid, the Government need to be doing more to tackle the root causes of crime, and ensuring that victims can receive justice.While there are a small number of clauses in this bill that I welcome, such as protecting key-workers from attack and increasing sentences for dangerous driving, I cannot support a bill that poses such a huge threat to our basic rights and which fails to tackle the huge inequalities in our justice system.’’Notes to Editors:Last week the Government introduced the Police, Crime, Sentencing and Courts Bill. This bill will have its second reading in Parliament on the 15th and 16th March. The full text of the bill can be seen here.