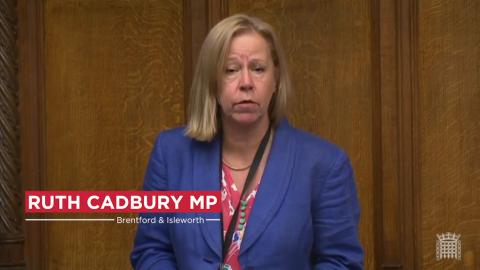 Speaking in Parliament last week Ruth Cadbury MP asked how the government planned to support British nationals and those who are eligible for support in the UK to cross borders out of Afghanistan to safety. Ruth’s question to the Foreign Secretary came after reports of British nationals attempting to flee the Taliban via the Uzbekistan border had been denied access.

After the statement in Parliament Ruth said,

“It’s extremely worrying that many British nationals, including some of my constituents, are still trapped in Afghanistan. It’s clear from the answers given by both the Prime Minister and the Foreign Secretary in Parliament that the Government were woefully unprepared for the withdrawal of troops from Afghanistan.

The Foreign Secretary Dominic Raab said that the Government was working on a plan with officials in neighbouring countries, yet this comes too late and will provide little hope to the families of my constituents.