Ruth Cadbury MP speaks out on systemic failure by government to tackle violence against women. 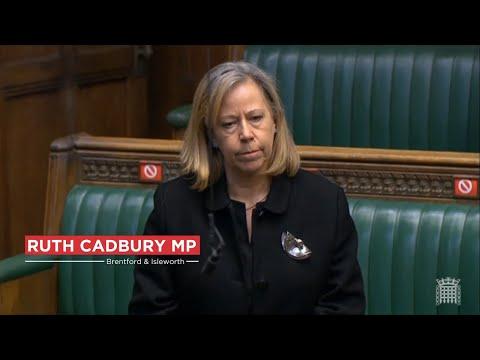 On Wednesday 9th June Ruth Cadbury MP spoke out about the multitude of failures by government that has impacted the criminal justice system over the last decade.

Highlighting the current delays in the court system and government inertia, Ruth raised how this was failing to protect women and girls in the criminal justice system, at a time where the government has overseen a record low conviction rate on sexual violence and has failed to deal with the epidemic of misogyny, treating victims of violence as an afterthought. Throughout the debate, Ruth spoke to the backlog that had been created, with four-year waits in England and Wales for court trails, as well as the opportunity to use the Police, Crime, Sentencing and Courts Bill to address issues on road safety justice Ruth also demanded that the justice system could better serve those killed and injured on our roads.

Ruth’s speech concluded “The Government need to act urgently to end the backlog in our courts and ensure that all victims of crime, especially violent and sexual crimes, can get the justice they deserve.’’

This opposition day debate came after the Shadow Secretary of State for Justice David Lammy released a new Green Paper on Ending Violence Against Women and Girls. It includes concrete plans to address these failures including: making misogyny a hate crime, increased sentences for rapists and stalkers, creating new specific offences for street sexual harassment, as well as tackling the government’s record low conviction rates for rape with a Survivors Support Package.

The release of the Green Paper comes on the back of new research that shows seven in ten women consider government action to stop sexual violence to be inadequate.

During the debate Ruth said,

“This Government traditionally prided itself on being tough on crime, but its record of delay in tackling crime is nothing to be proud of. The huge backlog in our courts system and cuts to our police force have meant that too many victims of crime are unable to get justice.

On top of that the Government have failed to tackle sexual violence- with rape prosecutions falling to the lowest level on record and domestic abuse prosecutions have fallen by nearly 20%.”