Ruth Cadbury MP urges Government not to ‘let the sun go down’ on the UKs Creative Industry. 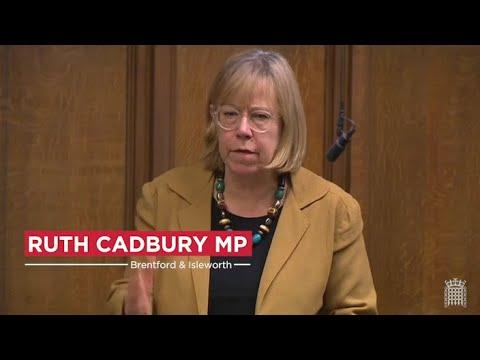 Speaking during Digital, Culture, Media and Sports Questions in Parliament Ruth Cadbury MP called for the UK Government to take urgent action to ensure that UK musicians and creatives can still work and travel to nations in the EU.In her question Ruth urged the Government to listen to Sir Elton John and not to ‘let the sun go down’ on the industry, while also telling the Government about the impact that the failure to reach an agreement has had on her constituents.In a statement after her question Ruth said,‘‘The Governments incompetent handling of the visa arrangements for creative workers wishing to work in the EU has had a huge impact on many of my constituents.I made sure to highlight the impact of this in Parliament and raised the case of my constituent George, an orchestral conductor who has warned that last-minute and short term work projects for musicians were being put at serious risk by the Government.It’s clear the Government need to sort out this mess and ensure that those working in our world class creative sector can travel and work across Europe. I will continue to keep pushing the Government to do the right thing.’’Notes to editors.