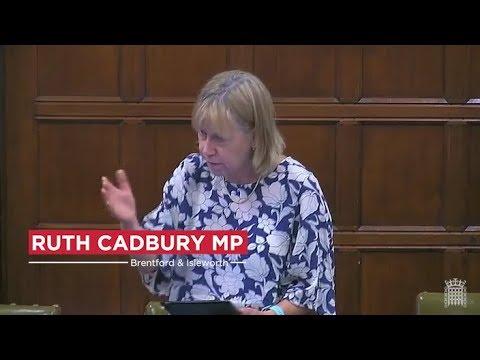 Speaking in Parliament on Tuesday 29th June Ruth Cadbury MP once again urged the Government to provide much needed support for the aviation industry and wider supply chain. In her parliamentary question Ruth raised the important role that the sector plays for jobs locally, and called for the Government to provide sector specific, while also raising concerns about the end of the furlough in September.The coronavirus pandemic has had a huge impact on aviation communities such as Hounslow, with 43,000 jobs being lost and 22,000 residents still on furlough.This question came on the back of Ruth’s intervention in Parliament earlier this month, pledging to support an aviation communities fund, which has been supported by Steve Curran, leader of Hounslow Council.Speaking after her question, Ruth said,“We’ve been waiting for over a year for the Government to provide the promised support for aviation communities such as Hounslow. However Ministers continue to sit on their hands while many people locally worry about how they will pay the bills.I was extremely disappointed that the Transport Secretary simply seemed to shift the blame for this lack of action onto the Chancellor of the Exchequer.After the sacrifices that so many people locally have made they deserve better than a Government that continues to leave so many jobs and families on a cliff edge.’’ Notes to editors.