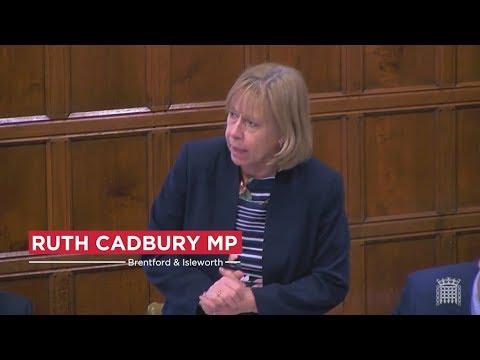 After the Transport Select Committee released its report into the UK aviation Sector Ruth Cadbury MP, who sits on the committee, has called on the Government and British Airways to 'act urgently' to protect local jobs in Hounslow and across West London.

Speaking after the report was announced Ruth said,

''Our cross-party report acknowledged the aviation sector is facing an extremely challenging time, but warned UK airlines like BA should not use the downturn as a cover to cut staff numbers, slash pay and undermine terms and conditions for those who remain.

British Airways has received taxpayer support through the Coronavirus Job Retention Scheme but instead of protecting its workforce they've rushed ahead with redundancies and restructuring. I know from the hundreds of BA staff who have contacted me that they feel this is a kick in the teeth after years of loyal service.

As our report makes clear it's vital that the Government steps forward and gives our aviation industry the support it needs, whilst also looking to address its environmental responsibilities.

With up to 1 in 3 households in Hounslow reliant on Heathrow and its supply chain for employment it's clear that we need to see action. A failure to act would mean an even bigger economic crisis here in West London than the one we are already facing.

Other countries like France and Germany have provided support for their aviation industry, with clear conditions around jobs and the environment.

It's now time for the Government to act urgently and do the same.''