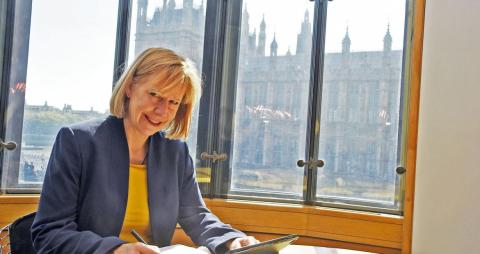 Ruth Cadbury MP has written to the Energy Minister Greg Hands MP to call on the Government to take urgent action to fix a loophole which means that some leaseholders in residential flats face soaring energy bills. While people living in residential houses are protected by the ‘Energy price gap’ it’s been warned that over 500,000 leaseholders and tenants living in some blocks of flats are not covered as they are deemed as living in a ‘commercial building’ with a communal energy supply. This means that many residents, including those living in Hounslow, have faced soaring energy bills without any cap.

Speaking in full about this Ruth said,

‘‘The soaring price of energy bills is having a huge impact on so many residents. I was shocked to hear from leaseholders and tenants locally who are now facing an even greater rise in their bill due to a loophole in the Governments energy price cap.

I’ve written directly to the Government to urge them to fix this loophole and ensure that people locally are protected from skyrocketing prices.

However, I still believe the Government need to go further to tackle the high cost of energy bills. I’ve called on the Government to introduce a windfall tax on oil and gas producers, who’ve made a record profit over the last year. Higher energy bills, rising food costs and stagnant wages mean that so many families locally are struggling to make ends meet. We need to see urgent action from the Government to address this.’’