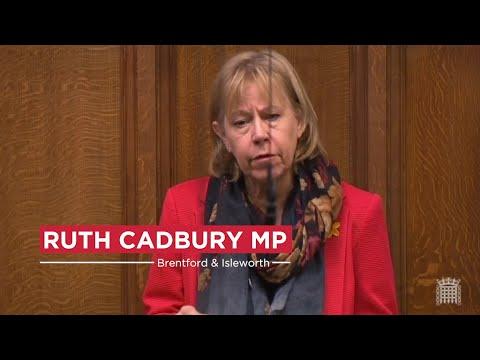 Ruth Cadbury MP has called on the Government to work with ‘experienced public health teams’ after a number of recent failures in the national outsourced ‘track and trace’ scheme. Speaking in Parliament Ruth called on the Government to trust local public health teams and ensure ‘value for money’ rather than relying on the outsourcing companies who are running the national test and trace scheme, most of which have no experience in this work and some which have failed in delivering public services in the past. Speaking in full after her question Ruth said, ‘‘We’ve seen failure after failure of the national track and trace scheme in the last few months. 16,000 tests went missing, local people in Hounslow have been sent as far as the Isle of Wight and Inverness to get coronavirus tests and the number of people being contacted by the national track and trace system decreased by nearly 10% in figures from last week. In England the contact rate is a little over 70% whereas in Wales, where Directors of Public Health run the tracing system, the contact rate is over 90%. In England the Government have side-lined the experienced and qualified local public health directors and their teams who know the community and have had a far higher success rate in tracing contacts of infected people than the privatised national service.  The low rate of infection in our borough’s care homes is almost certainly due to the diligence of Kelly O’Neill, Hounslow’s Director of Public Health. With £12 billion spent on the national test and trace scheme we’re not getting value for money nor the world beating system that the Prime Minister promised us. It’s clear that the Government need to get to grips with this issue and take urgent action to fix this mess.’’