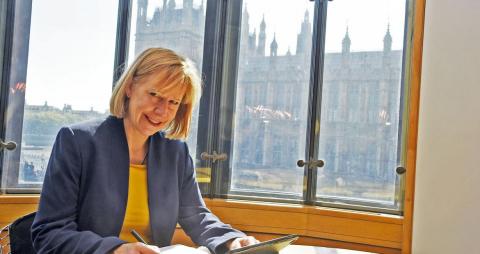 Ruth Cadbury MP has written to South Western Rail to raise a number of serious concerns about the recent temporary timetable, and the wider issues for residents locally who rely on SWR trains. In her letter to the Managing Director Claire Mann Ruth raised the cancellation of early morning trains, the reduction in services from 4 to 2 an hour in the morning, overcrowding on services, the status of the Hounslow Loop and the poor communication with passengers and local residents. Ruth also highlighted the impact that the poor service was having on many key-workers and students locally who rely on the train service every-day. Speaking in full afterwards Ruth said, ‘‘I’ve heard from so many local residents who’ve been rightly dismayed at the poor service on South-Western Rail. Whether it’s trains being cancelled at the last minute, overcrowding on morning services or poor communication it’s clear that residents locally are being let down. I’m particularly worried about the cuts to services on the Hounslow loop for residents who travel to Whitton, Twickenham, St Margaret’s and Richmond. I know how frustrating this is for everyone locally who relies on SWR trains to get out and about- whether for work, school or to see friends and family. I’m concerned that these cuts will have a huge impact on our already congested roads as people will be tempted to drive if they cannot rely on the rail services. I look forward to hearing clear answers from SWR on this important issue.’’
Tags
Constituency
Campaign & News tags
Local community